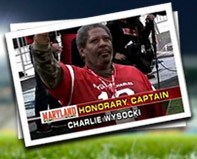 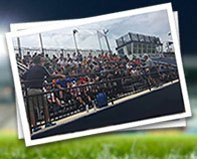 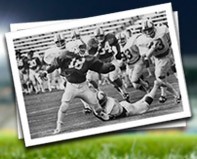 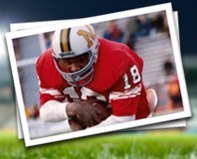 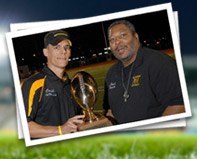 Charlie DeGraffenreid was born into a large African-American family in Wilkes-Barre, Pennsylvania in 1959. The twelfth of “Noon” DeGraffenreid’s fourteen children, Charlie gravitated to the street at a young age. A violent act by his older brother Robert drove him into the household of a friend. Stephen Wysocki’s parents offered him shelter for the night.

Stanley and Patricia Wysocki advised him not to go home until it was safe. One year later, he occupied his own room for the first time in his life. The Wysocki’s blessed Charlie with the all of the trappings of the upper-middle class. They offered to legally adopt him. He decided to turn his back on his family, his neighborhood and his race. His mother signed the paperwork and Charlie Wysocki was born again.

Charlie brought local fame to his new family by developing into one of the premier football players in the state. He reigned as state wrestling champion in his weight class. Heavily recruited, his accepted a football scholarship from the University of Maryland. Head coach Jerry Claiborne designed his offense behind the hard-charging halfback from Wilkes-Barre. The coach pats his star on the back with the words, “Saddle up, Charlie.” Following his junior year, he earned second team All-American honors and joined a short list of Heisman Trophy candidates.

An injury during his senior year knocked him from the national spotlight but he still expected to be selected in the NFL draft. Stan and Pat Wysocki hosted a draft day party to celebrate their son’s ascent to professional football. Several hundred guests attended and witnessed Charlie’s embarrassment over not being chosen. Charlie goes against his father’s advice and signs a contract to play for the Dallas Cowboys.

When he arrives at training camp, he has already spent weeks fighting sleeplessness. Mental and physical fatigue exact a damaging toll on his ability to perform. He seeks out head coach Tom Landry to ask for help. Landry sends him home instead.

A few weeks later he is standing next to a highway holding a broken beer bottle between his fingers. The will to live is overcome by the disappointment and depression of failing to reach his dream. He drags the shard across his wrist and watches the blood flow.

A psychiatric hospital in Philadelphia diagnoses his problem as manic-depressive disorder, today known as bi-polar disorder. Thus begins a thirty-year struggle to regain a foothold in the “normal” world.

Charlie chronicles his twenty-plus hospitalizations that led to the loss of three families and frequent bouts with the law. The ravages of bi-polar disorder are detailed in Charlie’s recollections, as well as hospital records and doctor interviews.

He learns that helping others through peer counseling and speaking engagements is the key to finding new goals in life.

Today he is still trying to rebuild what mental illness has taken from him. He seems to have finally accepted that strict adherence to his treatment protocols is the only way to keep his demons at bay.

Charlie has reconnected with his University of Maryland teammates, many of whom lost touch with him for decades. Their outpouring of love and support has helped Charlie understand and appreciate his worth as a person.

More About this Book